“I have so much more mobility and I can organize myself to move in ways that I wasn’t able to before. And that comes from what I have learned in the class…I think Awareness Through Movement has given me a better perspective on everything.” 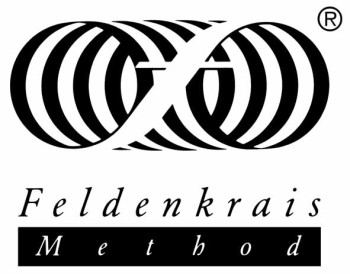 Brian has worked with a broad range of people including those dealing with back pain, knee pain, the effects of a stroke and other neurological difficulties. Athletes, musicians, yogis, and dancers have also benefitted from his clear and patient approach.

Brian has an extensive background in performing arts, both as a musician and as a martial artist. In addition to his work in the Feldenkrais Method®, he works as a drummer, playing professionally and teaching privately in the Atlanta area.

My story (the short version):

“In 2004, while suffering from the worst bout of back pain in my life, I stumbled upon the Feldenkrais Method®. I had been teaching and training martial arts for years by that time and I was worried that I wouldn’t be able to continue if the state of my back didn’t improve. I showed up to the first Feldenkrais® class rather desperate but still curious about what this method had to offer. To my surprise, after the hour long class, I stood up and felt a dramatic reduction in my pain level. I came back the next week eager to see what was next. Over the next few months I experienced even greater improvements on the levels of mental efficiency, emotional balance, and an increased ability and curiosity for learning new things. I was totally intrigued by the method and how the lessons worked in a way that allowed me to harness my internal sense and process of movement in order to develop and refine abilities.

A few months later, I was ready and able to test for my black belt, which I earned. But a few weeks later, in what seemed like a freak accident, again while training, I sustained a serious knee injury. This time I worked one-on-one with a Feldenkrais® practitioner, getting Functional Integration® sessions. Those sessions helped me to unlock unnecessary tension that I was carrying around in my system, but didn’t know it, as a result of the trauma of the injury. I was also able to access a deeper level of awareness over how I was moving , which I really needed in order to move forward in my healing process. After those sessions were over and I was on my feet again, I felt inspired to join a Feldenkrais® professional training program to become a Feldenkrais practitioner.

“Brian’s Feldenkrais work showed me the things that were hidden from my view about my efforts to achieve the lotus pose (the cross legged yoga posture)…Pretty much each session gave me breakthroughs in areas that I did not know were important but were fundamental in getting access to a deeper lotus pose.”

“MS is one of my life challenges. Restricted movement and pain are a part of it. Brian worked with me using slow and small movements to allow my brain to relearn and reconnect with my muscles. The pain is greatly diminished and my movement has improved. Thanks Brian.”